The Transportation Agency for Monterey County (TAMC) hosted a ribbon-cutting ceremony on Friday, January 15, 2021 to celebrate the improvements at the Intermodal Transportation Center in Salinas. TAMC Executive Director Debbie Hale was joined by several elected officials to present to the community the completion of Package 1 of the Monterey County Rail Extension Package 1.

After the ceremony, Supervisor Alejo, Mayor Craig, Mayor LeBarre and Mayor Potter provided additonal comments during their interviews about the signficance of this project for the region and for their communities:

As part of the Monterey County Rail Extension Kick Start Project, TAMC has constructed improvements at the Salinas train station. Also known as the Intermodal Transportation Center, the site is in downtown Salinas on State Route 183 (Market Street), a walkable distance to the Monterey Salinas Transit (MST) bus center and the main employment areas of downtown Salinas. To date, the improvements include a new direct access point to downtown Salinas with the extension of Lincoln Avenue across Market Street, a five-bay bus transfer area, bike lanes and bike lockers, safe pedestrian crossings and sidewalks, and commuter parking.

Once complete, the entire project will increase passenger rail service from the San Francisco Bay Area to Salinas, helping Monterey Couty to move forward with a vision of regional connectedness by rail. Learn about the future construction packages and the significant benefits to Monterey County by visiting https://www.tamcmonterey.org/monterey-county-rail-extension. 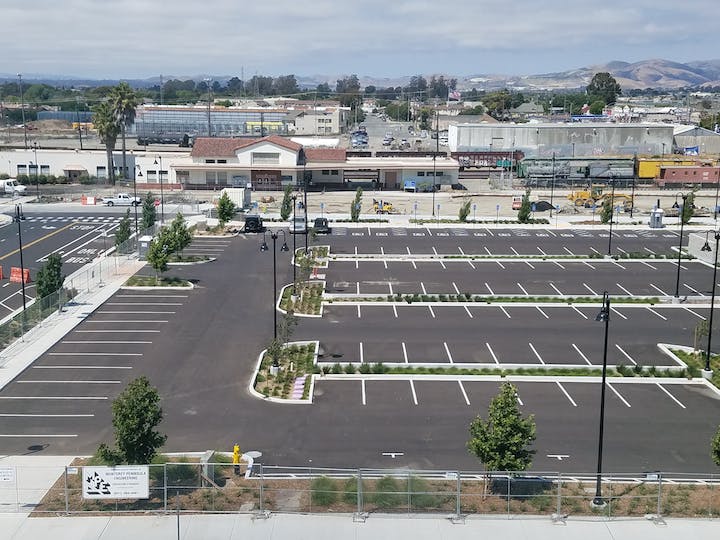 The Monterey County Rail Extension project extends passenger rail service from Santa Clara County south to Salinas. This is a transformative project that will revitalize the downtown Salinas train…

The Transportation Agency mission is to develop and maintain a transportation system that is safer and more efficient for eveyone, no matter how they travel or where they live. One important component…